There are plenty of very interesting tourist destinations in Poland. Wroclaw is a place with spectacular architecture in old town, Krakow is the most historical spot in entire country, Warsaw is filled with interesting royal mansions and history. And what about Poznan? This big city, situated in the center of Poland use to be first capital of it. It has a lot of nice building, churches, friendly people and delicious cuisine. So if you have an opportunity to book cheap airline tickets and visit this magical place, don’t miss that chance.

First monument you have to see is the square of Poznan (lot.com), it was build in 1253. First, whole area was occupied by merchants, who has their stalls situated all over the place. And at the higher floors of mansions, the most important citizens use to live. It is true mix and mush of old history – beautiful, Baroque residences Sukiennice and City hall, and newer fountains of Apollo and Mars. And the former city hall is very interesting structure – it was raised back in sixteenth century in Renaissance styl, and looks very amazing. Each day, at twelve a.m. the anthem of the city is playing from the top of it, you need to be there. Close to the square, you could visit small, one floor mansions, with only one window each. it use to be houses, where merchants selling all those products of first need like salt, fishes and bread. Shop was at the ground and their apartments at the first floor. This mansions were totally destroyed during the World War two, but later it was reconstructed in their form from sixteenth century. 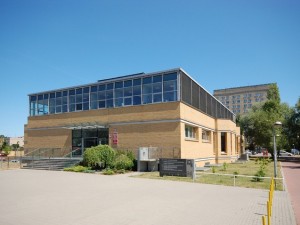 Another interesting structure in Poznan, but a lot younger, is Emperor Castle. It was build in 1910 for Wilhelm II of Prussia. Later it was one of the head quarter of Adolf Hitler during the war, because he loved it New-Roman style. It was partly ruined during the bombing, but renovated after the war. Nowadays is the most cultural place in whole town – a lot of important events are taking place in there. But the Poznan is also about churches, you could see a lot of interesting Catholic temples in there. one of it is Church of Mary Madeleine, build in spectacular, Baroque style. it looks even better from inside then outside, so you have to visit it, definitely. And the last but not least – the oldest church in entire Poland is build in tenth century basilica of St. Paul and Peter. The tombs of first lords of Poland are situated in there.

Poznan is very old and really charming city in the center of country. You could explore in here plenty of different monuments from each movement of art. From Gothic to Modernism. And at night you could have a nice time at bar, because this city never sleeps.

« Attractions of Warsaw
Sightseeing in Gdansk »