Travel around the world

Travel around the world are becoming more supporters and the dreamers who want to do it fulfills their dreams more often. However, this is a very expensive trip, especially plane tickets costs a lot. There are a few tricks which allows you save money on flights, even to the farthest countries in the world. Buy cheap airline ticket is relatively easy – you just need to know a few basic rules of the search for good offer. However, you can save the most if you are traveling willingly, and often far away. You always have to pay attention on: with which carrier you are going, from where, how and where you go. The main countries offering cheap flights from its territory in different areas of the world are Germany, United Kingdom, France and Russia. If you booking flights, you can try any combination of connections – sometimes it allows you to save a lot, but you must watch out for additional fees, they can be greater than the savings.

Hub is another magic word that should know every amateur of low-cost flying around the world. Hub is a usually large airport designed to handle the traffic hub, offering a huge amount of variety of flights, supported by many carriers. Hubs are the best place to enjoy the option of cheaper flights or benefits of combined transport. The most important hubs in the world are: Moscow, London, Paris, Frankfurt, Amsterdam, Berlin, Munich, Madrid, Dubai, Singapore, Bangkok, Beijing, Atlanta, Miami, Chicago, New York, Los Angeles, Toronto, Johannesburg, Dakar, Accra, Nairobi. 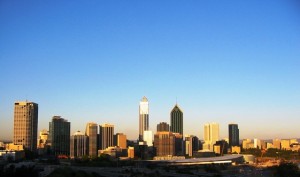 Cheaper tickets can be bought in poorer countries. If you hunt for cheaper deals you can also check: Minsk, Moscow, Vilnius, Kiev, Bucharest and other cities in the east of the Polish. It is useful to also advice on the hub – the largest airports you can fly cheaply, because the choice is greatest, and the offer of flights (especially direct) – the richest.

Former colonizers fly cheaply to their dominions – meaning the old colonial connection especially clearly can be seen on the example of long-distance calls to North America, Australia and India. The biggest savings can be gained on the longest routes. It is, for example, to fly to Australia from London, instead of Warsaw. Similarly is with flights to Fiji, which was the former British colony. The most important colonial traditions have the following countries: England, France, Germany, the Netherlands, Spain and the USA. Find cheap airline tickets is not, as you can see, a simple matter. But it is worth investing a little time and energy, because the savings can be huge, and the satisfaction of finding an interesting way – priceless.